Extending 1.8 kilometres over the protected waters of Geographe Bay, the heritage listed Busselton Jetty is the longest wooden-piled jetty in the Southern Hemisphere. As one of the most popular tourist attractions in Western Australia, it is a must see for any visitor to the Margaret River region.

Find one of only six operating Underwater Observatory’s in the world, a solar-powered Jetty Train that takes you across the ocean, fisherman snaring their catch and welcoming staff happy to share their local knowledge. At the Busselton Jetty, there is multiple tour options available with something to suit everyone.
Board the train and travel 1.7km to the end of the Jetty to visit the Underwater Observatory. Descend 8 metres to the ocean floor via a spiral staircase to discover an awe-inspiring forest of vividly coloured tropical and sub-tropical corals, sponges, fish and invertebrates. Eleven viewing windows at various levels within the Observatory allow visitors to look out on some of the 300 marine species that live beneath the Jetty. Provision of a lift within the Observatory ensures that this amazing experience is available to those with limited mobility.
There are also a wide variety of tours including Mermaid Tours, Evening Tours and Underwater Helmet Walks. Whilst at the Jetty visit the striking boat-shed style Interpretive Centre that warmly welcomes visitors and provides a relaxed and friendly environment. Browse the unique and stylish giftware on display as well as a vast array of souvenirs and mementos. The Museum now features interactive technology with touch screens and a touch table offering an excellent insight into the Jetty’s colourful past. The Museum also provides information about the Busselton Jetty’s unique Underwater Observatory and the spectacular marine environment beneath the Busselton Jetty.

5 Classic Road TripsInspirational drives in the Margaret River region It’s time to get this show on the road. There’s nothing quite like the freedom of being behind the wheel and setting off into the unknown. Road trips have been romanticised in fictional stories for centuries and the sense of adventure that comes from t... 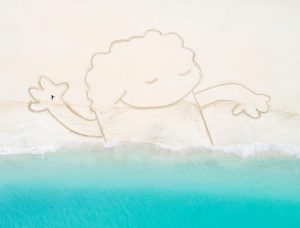 Creativity in Crisis: Artist Ian MutchIan Mutch has released some unique new works in the wake of the climate debate and covid-19 Creativity and art forms part of the heartbeat of the Margaret River region. And it’s a pulse that has become a movement over the last few years. Ian Mutch is part of that movement, using the de...

9 Virtual Experiences to get your Margaret River Region fix

9 Virtual ExperiencesTake a Virtual Tour of Your Margaret River Region Missing encounters with nature, tasting Margaret River wines, or perusing the work of the region’s local artisans? If your daily suburban stroll isn’t quite enough, we’ve gathered nine of the best virtual experiences for you to partake in from your ...

7 Days of Autumn in Your Margaret River Region

18
Dec
2019
Yes it’s one of the iconic locations of WA, and the longest wooden piled jetty in the Southern Hemisphere but it’s better as a one off visit as there isn’t much to do, well I mean that is free anyway. Busselton Jetty has a deep history and when walking on it there are checkpoint with information about what the jetty has been through and its extensions. The place is amazing for fishers without boats for its equipped with side platforms that go down to the ocean surface and its length of 1.8 km means it goes to the pretty deep parts of the ocean where more fishes live. The jetty also has many fish preparing benches/stations for scaling and gutting your catches for the day. Walking entrance for the jetty is free for under 16 otherwise you have to pay a fee of 3-4 dollars. Walking from one end to the other is a memorable experience just taking in the ocean breeze and scenery but again it is 1.8 km long, taking approximately 25 minutes to walk both to the end and back. To take the train, you have to pay 13 dollars which to me is kind of expensive so I would say it’s better as a one off thing. Then at the end, there is a natural aquarium and it’s very fascinating as I have been there to but I figure you would also have to pay to go inside but past the aquarium is the current end of the jetty. It’s a wide platform outlooking the ocean and a nice place to take photos and rest your legs. Again nice to visit for tourist but I would imagine that you would get bored after visiting it multiple times, I recommend providing little side attractions on the jetty that people can go to as they walk and it would make money for the jetty funds so people wouldn’t have to pay the fee to enter. Examples would be photo booths or like snack stalls/shacks that don’t produce rubbish that tempts people to put it in the oceans. Or just add bins. Another suggestion would be adding picnic tables or more resting places on the jetty so the family can enjoy the view on the jetty while eating or something. Kusuma Pindayani
28
Jan
2020
A Must place to go in western Australia! It's historic and fun at the same time. You learn a lot oh the past. It is an adventure to walk on the jetty and see all the activities, including swimming and snorkeling. And overall it's a fantastic place for the kids. It is one of the best playgrounds that I have ever seen. Rating 10 out of 10! Rose911
28
Feb
2020
A nice fun walk out to the end of the jetty while learning about some of the history of Busselton. Be forewarned if you're visiting with a toddler and planning to walk up and back rather than pay to catch the train, it's a long way and can get quite windy so make sure you bring your pram or a carrier for your little one. We didn't as we weren't sure how the pram would travel on the jetty (it would have been fine in the end) and had to carry our 19 month old most of the way to the end and back = weights training well and truly done for the day! Nerida Campbell
10
Mar
2020
A must do in southern WA and one of the iconic places in Australia. We went for a run on the jetty in the morning and went to catch the train at noon to see the jetty again. What a great experience! I can definitely recommend to also go to the underwater observatory cause it is amazing! We have learned a lot about underwater life and I was stunned that you can see a lot. The guide talks very nice and has a lot of knowledge. Definitely go here! Thomas Ver Eecke
03
Mar
2020
The longest Jetty in Australia. They have so many festivals and seasonal activities here. Try to ride their train to the end of the jetty, you will be surprise with how beautiful our Indian Ocean is. They also have services like underwater dining and walking under the sea as well as hosting functions. A must go place for those who want to explore WA to its fullest. Shen Phan
Stay Up To Date Subscribe