Certified Organic | 12844
“Every once in a while, you encounter an extraordinary patch of land, one that varies greatly from the surrounding landscape, one that is impossibly unique in so many ways, this is one such place.”
Through many years of planting then working the vineyard and farm, an innate connection to the land has formed, a respect for the land and just how much it gives became apparent. Chris' planting of the vines on the Windows farm has been done with thoughtfulness and sensitivity to the land, the diversity is such that there are five different plots of vines totalling a mere 15 acres, ensuing profoundly structured wine pulsating with energy from this carefully nurtured land.
Chris is deeply rooted to this piece of land having begun farming it at the tender age of 19. He is committed to an organic and holistic farming model signified by organic certification (ACO 12844). From inception, he has nurtured the land and the vines. Unwilling to compromise the health of the land, the state of his treasured vines and ultimately the quality of the fruit, he has worked the vineyard completely on his own from day one. No stranger to hard physical labour he hand-prunes every single one of the vines himself, year after year. Apart from the very day the grapes are harvested no one else is ever allowed to touch his vines.
He produces wines of purity and complexity, expressive of and deeply rooted to the land. It is an inimitable vision of a person who has focused their life’s work on a single vineyard. Only through viticultural focus and observation of the land and nature over decades can one truly understand and appreciate that complexity is achieved only with the mindful union of land, organic farming, soil, clone and minimal winemaking regimen. 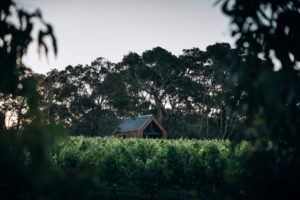 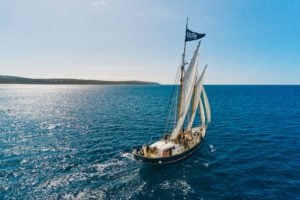 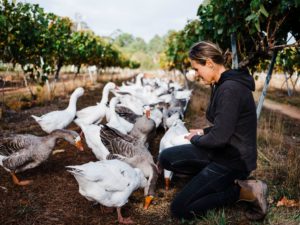 Local Favourites: Lara McCallLive Like a Local Lara McCall and her husband Jamie are the brains behind Burnside Organic Farm, a purely organic permaculture farm stay in Burnside, Margaret River. Lara’s workload isn’t light. Tending to the onsite winery and vineyard, vegetable gardens, farm animals and beehives is round t...

7 Incredible Winter Wine ExperiencesDegustations, wine and cheese flights and tastings by the fire. Wood fires. Clear nights. Cold mornings. Winter is a series of environmental signposts that lead directly to the trailhead of sensory indulgence. As the barometer drops, so does the idea of restraint. In any case, puritanism...

20
Sep
2020
Absolutely stunning venue, wines and people. As a group, we went for wine and cheese pairings. The owner talked us through each of the pairings, the stories of their vineyard and the joy they take in keeping things simple. Their wines are indescribably good! The labels have been created by a local artist and are just as stunning as the wines themselves. The cellar door itself feels like you are in a friends home, and is just as welcoming. Would definitely recommend! Donna Boyd
22
Nov
2020
Favourite winery in Margaret River - small and quaint compared to the bigger mass produced players but the winery has a wonderful story, owned by a young family for the last 20 years and amazing tasting wine. We purchase their wine regularly and can’t wait to revisit this Summer! A hidden gem in Margaret River! Sarah Butler
30
Sep
2020
A beautiful family-owned winery with a cozy cellar door. One of my friends brought me one of the wine here and I had been really looking forward to visiting the cellar door since then. I loved the Chardonnay which is dry yet very fruity. You could order chase plate and have a sip at the couch. Ayaka I
12
Jan
2021
Fabulous- stopped in for a tasting, got a cheese plater and a bottle of wine on the grass and stayed for 2 hours just enjoying talking, eating and drinking wine in a beautiful surroundings- great value. Stephen Glanz
09
Oct
2020
We enjoyed this small winery - lovely quiet spot with outdoor seating. Cheese box was amazing and service was wonderful. Made our afternoon! Fiona Aoun
Stay Up To Date Subscribe